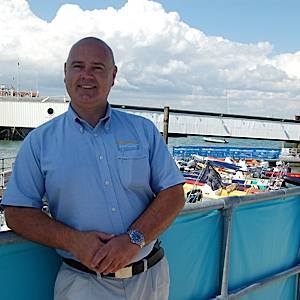 Boatshed Cowes, the centre of world sailing has landed, and is being run by the highly-trained, efficient and frankly quite regimental Frank Gelder (but in the nicest possible way).

The new Boatshed brings the total number of offices around the world to 36 and everybody is delighted that the Isle of Wight will now have its own dedicated Sergeant-Major to run a distinctly tight ship over there.

You could say a ‘Lifeguard’ to the rescue, as after a long and distinguished career in the Household Cavalry, Frank ‘s attention to detail, and keen eye, means nothing gets past him.

Frank arrives at Boatshed Cowes on the back of building up and selling his own extremely successful company, chauffeuring the rich and famous between studios and film premieres, lunches at the Ivy and dinners at Moro. Frank is a very keen sailor and it was through the sale of his own boat that he was introduced to Boatshed and the rest, as they say, is history.

“When I decided to move to the Isle of Wight and was scouting around for business options, I knew that I wanted to work with boats and people, and utilise my inter-personal skills. The success and ease with which Boatshed Kent sold my boat told me all I needed to know about the ethos of the organisation and so I jumped at the chance to set up Boatshed Cowes. And within one day of launching, I had already listed my first boats so people over here have obviously been waiting for Boatshed to land!” 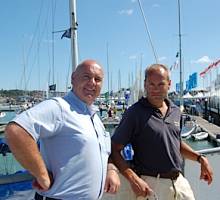