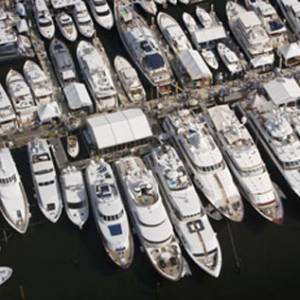 Big boats at a big show!

The Boatshed USA team took to the road again this week at what is one of the world’s largest International Power Boat Show’s located in Ft Lauderdale, Florida.

“I heard it said several times this week that this show is now a “Mega Yacht Show” said Roger from Boatshed USA. A comment backed up by row after row of 100 ft plus Mega Yachts lined up in all their glory.

The star of the show came in at a snip over $130 Million. A 223-foot long, 66-foot tall, 42-foot wide Kismet luxury yacht was the show's most expensive boat and features six decks including a spa, Jacuzzi, beam-wide master stateroom, disco, glass elevator, spiral staircase and movie theater. Neil from Boatshed was heard to whisper “Cash or credit card?”

There were over 1600 boats at the show worth over $2Billion. 1200 exhibitors displayed over an area of 3.2 million square feet of space across 6 sites. Boats of all sizes and shapes were there and started from an 8-foot plastic kayak for only $150, with a huge range of boats and additional nautical goods this show is for everyone.

The Boatshed team included Neil and Josh from the UK who managed to raise the roof with a record breaking Fizz@5 Champagne give away.

“We have grown from 19 offices to over 45 global locations in less than a year” said Neil Chapman, Founder of Boatshed, “and are working towards 100 Offices in the next 18 months and America is looking like playing a big part in this growth plan”

“You guys bring a breath of fresh air to this traditionally stuffy market place” commented a visitor to the Boatshed stand, a true testament to the new approach this company is taking and a reason Boatshed is the Fastest Growing Yacht Brokerage group in the world!

The Boatshed team leaves Ft Lauderdale to drive overnight across Florida to set up in St Pete, for Florida’s premier west coast sail boat event “Strictly Sail, St Pete” which starts on Thursday 1st November. Catch the team in St Pete to learn just what the magic is all about. 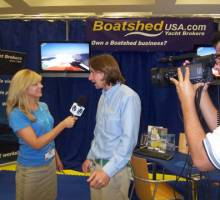 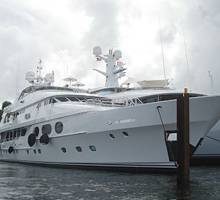 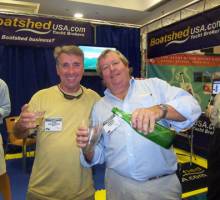 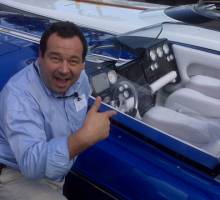 This one comes in Boatshed Blue!